In the darkest night, burn the brightest light
2019-08-19   Watch 101
Luminous is a basic decoration and function to most watches. Almost seems boring nowadays since people taking it for granted. But I bet you'll get a different point of view once finish reading this article.
From first wrist watch that's been around for centuries, to the massive blooming of the industry today. Technology from development to perfection, certainly full of fun and contingency.
Furthermore, brands with the excellent luminous design have become their biggest selling point. 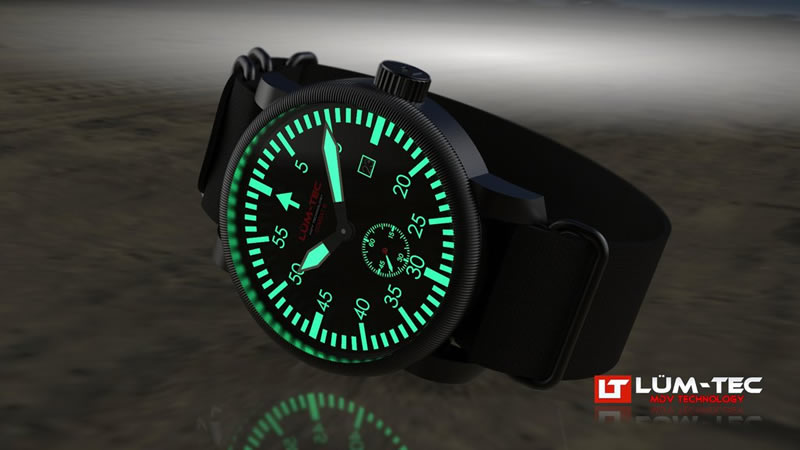 Yet back in the days, it's hazardous or even lethal to acquire this now "boring" feature.

It all begins with the discovery of Radium by Madame Curie in 1910. Consider one of the greatest devotion in scientific history.

And people start to extract this mysterious metal by electrolysis. Since Radium is an extremely unstable element.

It will  continue to decay from the very extraction and emits a faint blue light by itself.

Hence, this is one of the two mainstream luminescent, radioluminescent. 1915, an Italian watch company used Radium salt as an activator to emit both alpha and gamma rays.

Through certain synthesis, they produced this self-luminescence substance, relatively suitable for making observation in dark environment.

And you've guessed it, that's what Panerai did to Radiomir series. Panerai and their radioluminescent created the function of night time reading.

Well, the very beginning of this creation was based on Italian Royal Military's requirements. And Panerai certainly delivered, with high readability and excellent adhesion of the paint.

Only realize  decades later that the substance is extremely radioactive and lead to irreversible damage in health. By the atom bombing of Japan incident in 1945.

Hence, Panerai immediately get their hands on developing a less radioactive way to achieve the same result.

How? They search the periodic table, and found Radium's buddy, Tritium.

Other than the smaller radiation level, Radium actually is quite volatile once contact with water and air.

Painting will start to react with it, facilitating the deterioration much faster.

And that's what you saw on vintage watches. Turned yellow, only bits of painting remained.

In conclusion, Tritium wins over Radium by being a 100 times better of the latter. 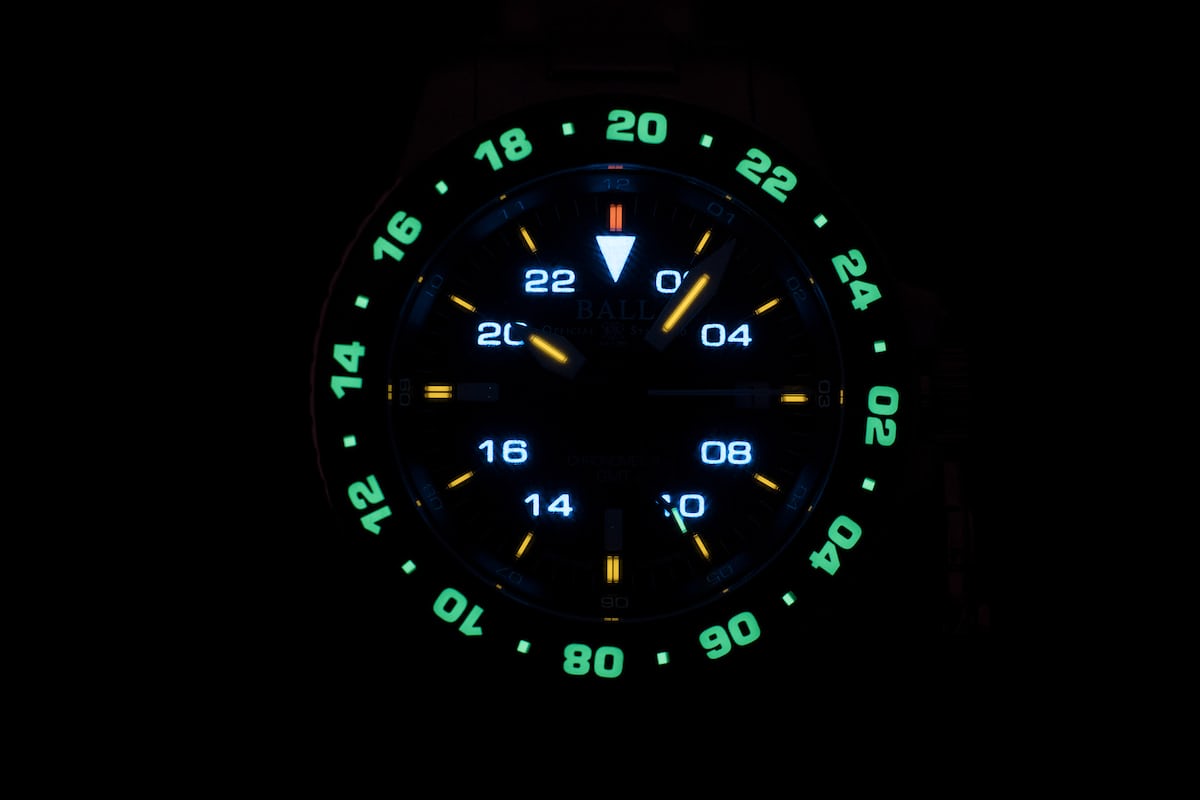 But not matter how small of radiation Tritium is, they are still radioactive.

Some clever dude thought, "Hey, if we're so afraid of touching it, why don't we just fixed it in a container?"

That's how Ball decorate their business, using these colorful tubes set a ever lasting firework on your watch.

Why ever lasting? Because Tritium being radioluminescent will emit light by itself. And become only half the brightness before when it hits half-life.

Simply put it, your Tritium watch will light up till the world ends. But become dimmer and dimmer approximately every 12.43 years. Since we've step into the modern world, "RADIOACTIVE WATCH" on your wrist. There must be something eco-friendly and deliver the same, right?

Well, yes. But this time was a Japanese company rather than Swiss that most people reckon created photoluminescent. Remember what I said about two mainstream luminescent?

Later the Luminova photoluminescent was successfully made and licensed to RC Tritec AG. Then renamed as further known Super-Luminova in Switzerland.

And now they are widely used in the watchmaking industry. How does it work?

They pretty much like plants. Store natural sunlight once contacted. Then re-emitting it back and last for hours.

Other than widely used Super-Luminova. Brands nowadays also made their own luminescent technology.

There's honestly not so much "self-made" luminescent, even the quartz watch creator Seiko's LumiBrite was a licensed and modified product from Nemoto's Luminova.

And to luminescent quality, we can basically judge it from two aspects. Longevity, brightness, safety. Thought the last one is pretty much neglected in today's technology.

And how did Seiko do? Quite excellent! According many users' feedback.

First appearance of Chromalight was applied on Deepsea Sea-Dweller in 2008 with a water-resistant of 3,900 meters.

Among all, Chromalight is probably the most mysterious one. For some say it's actually re-named C9 Super-Luminova.

Since then, most timepiece from Rolex changed to Chromalight. Standard Super-Luminova became a rare traits, funny how it is. This luminescent technology A. Lange & Söhne applied for patent in 2010 was not actually aiming for the "luminescent".

They put a coating consists of two layers on the sapphire glass. First layer is a silver coating and the second one is a oxidized Titanium coating.

The ultimate goal of this design is to only letting the UV light shine through. Therefore activate the Phosphorescence on full power, make every beam of light count.