Saturation Divers - Underwater Astronaut
2019-09-06   Watch 101
There are a group of divers who are working harder than technical divers.
Living periodically under a few hundred meters from surface and endure huge deep sea pressure to carry out technical operations.

And these strong souls' job is called saturation diving.

Gas, especially Nitrogen will dissolve into blood and tissue. Longer than 5 minutes in that  environment and that's what you call decompression sickness.

Fast arising from underwater cause dissolved gas to expand. Dizziness, paralysis, fatigue is common to occur. Yet deaths at worst is nothing rare too.

When delicate jobs like shipwreck rescue, constructions, resource exploration and scientific investigation when human being is a must.

Once saturation is achieved, the amount of time needed for decompression depends on the depth and gases breathed.

And E.A. Link further put his methods into practice in 1962, for Man-in-Sea Project.

By spending eight hours at a depth of 60 feet (18 m) in his submersible decompression chamber (SDC).

Becoming the first diver to be completely saturated with a mixture of Oxygen and Helium while breathing underwater.

Both of them being pioneers in the development of human directly exploring deeper ocean.

Then how does it work in modern ways? Sure the technology is gone far enough to easily perform saturation diving.

Well, yes and no. Easy part is the working theory now totally figure out, but the hard part is trained personnel are difficult to require.

Take Max for example,  concerned professionals will perform full body check and sterilizing on him a day before saturation diving.

And of course enjoy his last day on "earth" with family, then adjust his physical and psychological status to embrace long period of separation.

Then he'll go in to a pressurized chamber with other members for the next 28 days.

Where they literally eat, sleep and defecate inside, the "living" things.

Till all inert gas is fully saturated in body, then one or multiple of the member will go into the diving bell whenever operation needed.

Winch will drop the bell at precise desired depth, and hence to perform tasks with man-operated equipment, mostly heavy duty.

Not only exhausting to do so, also the visual is terrible. There's no Loch Ness monster to expect. Mud or dirt is more like it.

Around 6 hours or so, Max will return to the bell, then the chamber. And alternate with his teammate.

Back and forth with the same drill till the work is done, or 28 days to quantify.

By the day it ends, they'll stay in chamber to slowly decompress. The process can take days.

Approximately one day for every 30 meters. 100 meters operation, that's about 4 day decompression process at least.

Only the best of the best can handle this demanding job which will squeeze out every piece of patience, strength and will.

With that having said, they are not completely cut off from the world. Other technician on DSV(Diving Support Vessel) will give them, well, support.

First off, you have various managers or supervisors to control the grand picture. Then personnel that oversees life support system, so much and so on.

In such harsh environment, attention to details is the key. Minor as remote control toilet flushing, to changing their breathing gas to a mixture of Helium and Oxygen. Experiments and operations have shown that with saturated diving technique, humans can perform extreme diving, even reaching depths that were previously unimaginable.

You thought we're talking all about saturation diving today, don't you. Yes for the first half. But now we're gonna take a turn to Chronology world. Aquatic field more specifically.

There and then, they are the one breaking 700 meters mark, made it 701 in their pressurized chamber and kept unbroken ever since. 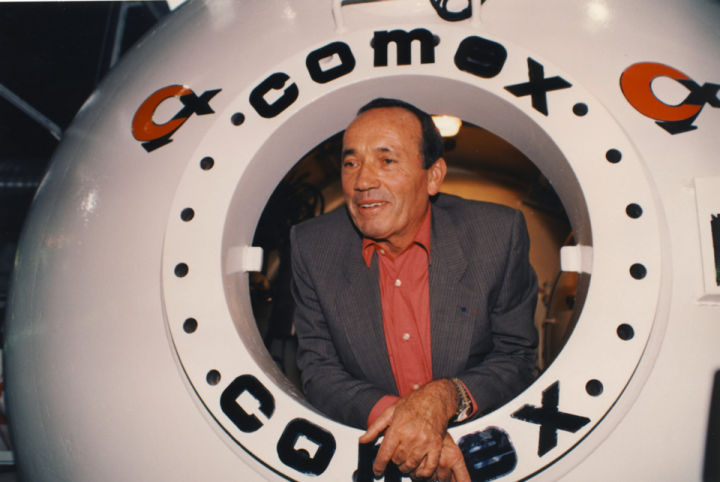 By offering offshore diving services for industry in oil and gas exploration. Thousands of their divers were hired out to perform missions around the world during their heyday.

But still, these underwater astronauts indeed need a certain equipment to measure how much gas remaining in their tank.

And you know it, they started to seek cooperation to watch manufacturers to build a real deep sea diving watch.

First they reach out to Omega in 1968, and they provided provided the Seamaster 300 to COMEX

After experiencing 335 meters deep simulation and 150 meters of field diving, Omega improved the watch according to the test results.

Later on in early 1970, the brand new Omega 600 Ploprof was officially unveiled after four years of research and development. Also means a new waterproof record, 600 meters.

Be that as it may. Huge and heavy irregular case, a definite rebel to the current watch. Crown is placed at 9 o'clock, and screw fixed to ensure air tight sealing .
Top of right side is equipped with a red button. Design to operate rotating bezel when actuate, and stay locked when not.
Prevent accidental rotating and cause of mistaken diving time recording. Thickened mineral glass can withstand more than 120 kg pressure.
Not to mention distinct color coding minute hand increase readability to another level.

BUT!
Story didn't end here. Mr. Rolex came to the stage.
COMEX didn't just reach out to Omega. Rolex was one of their partner as well. 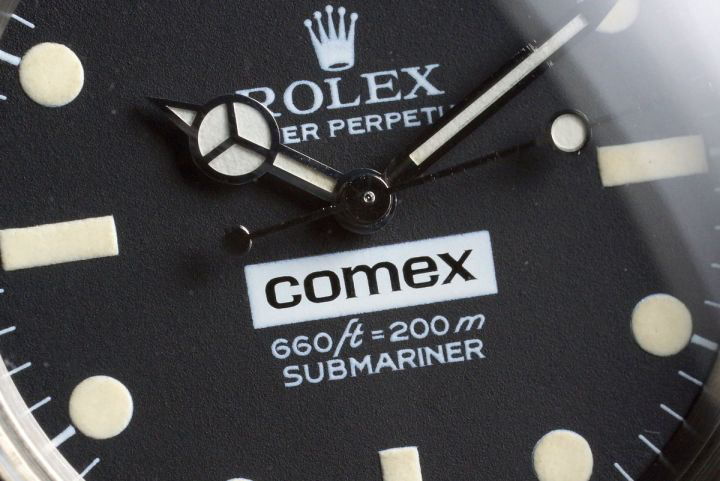 Rolex saw the tide and went with it. Later launched a new diving watch series "Sea-Dweller", 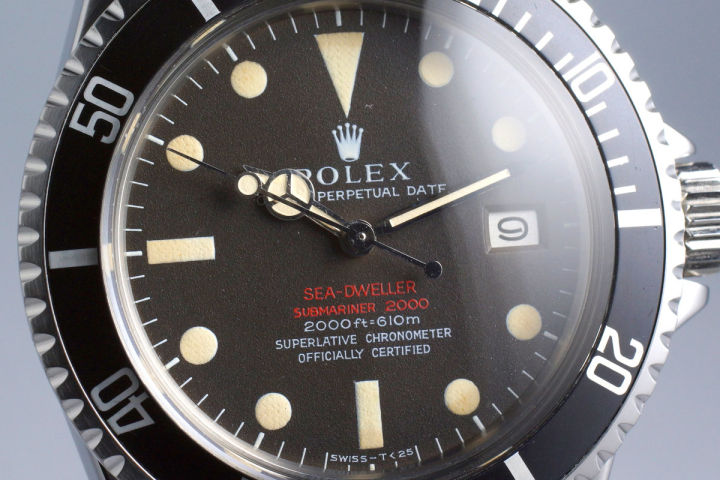 Giving them a Salute is a least we can do.